The Meaning of Management

It is most important that those embarking on careers in supervision and management, and those considering doing so, understand clearly what the word ‘management’ means. The term ‘management’ is commonly used to refer to a group of people holding senior (executive) positions in an enterprise, but ‘management’ is that aspect of their work which is concerned with the efforts of the employees of the enterprise. 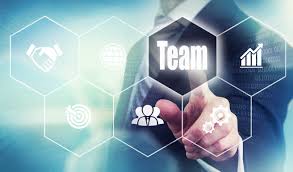 Although new and modern methods of management have had to be evolved to meet the challenge of today’s demands on government, commerce and industry, management in one form or another has been practised since the very beginnings of human society. Since early times men have banded together and increased their effectiveness by working as a group hunting and in growing food, and in other activities aimed at a common purpose. To be effective, such groups needed leaders – people whose tasks were to plan what was to be done and how, and to direct and control the efforts of others. Those leaders, whether they were the heads of families or chiefs appointed to lead tribes, were therefore the first managers.

In many cases the early leaders held their positions and retained their control by brute strength, forcing others to obey their commands. Indeed, in many instances work was performed by slaves controlled by overseers armed with whips, who beat the slaves if they so much as looked up from their work. Today, modern management is – or should be – conducted in a far more humane manner. It is recognised today that if employees are to give of their best, they are more likely to do so willingly, rather than under duress; they must still be actively encouraged (motivated) to do their best, but not by force or by the use of threats.

Modern Management is an art

Modern management is an art. Just as the basic material with which an artist works may be his paints, and the potter’s basic material is his clay, so does the manager have his much more complex basic material – human beings, men and women. (It is worth remembering always that the first syllable of management is man). Management is thus the art of managing the activities of other people. This is no exaggeration, and a manager’s measure of success, or otherwise, depends upon his skill in dealing effectively with other people.

What then is management? What is its purpose – what does it seek to achieve? To put it simply we can say that management is involved with ensuring that a group of people work together in the most effective and efficient manner to achieve a stated goal in the best and most economical way. Management is a job, but a job which is that much more difficult because it involves dealing not with inanimate objects, services or theories but with unpredictable men and women, each of whom has a different and complex character. Management involves providing leadership for the group of people, and much more: they require training, advice and guidance, supervision and control, and if the stated goal or objectives is to be achieved, their work must be so organised and co-ordinated that they work together as a TEAM.

Having used the words ‘goal’ and ‘team’, let us examine further the …. (to be continued)

Your Dream Job Awaits You